UC Academy uses the Measures of Academic Progress (MAP) for standardized testing of students in grades K-11. MAP uses a RIT Score to measure student progress. (“RIT” is a nickname for “Rasch Unit,” named after the scale creator.) The RIT measurement works a lot like a parent measuring a child’s height on a door post. The child may stand at 4’ 2” at age 9 and at 4’ 4” at age 10. In the same way, a RIT score measures the student’s progress from year to year regardless of grade level. A student scoring “220” on the math test, for example, means that he/she has learned the math objectives up to that point along the RIT continuum. The teacher and student will use that data to identify objectives and goals so that the student will advance further along the RIT continuum when tested again in the future. The student’s RIT score is then compared to how other US students of the same grade performed, and that comparison is measured as a Percentile Ranking (PR). The ranking ranges from a low of 1 to a high of 99, with half below the 50th percentile and half above it. A PR of 70 means that the score is higher than 69% of other students in the nation and is in the top 30th percentile. 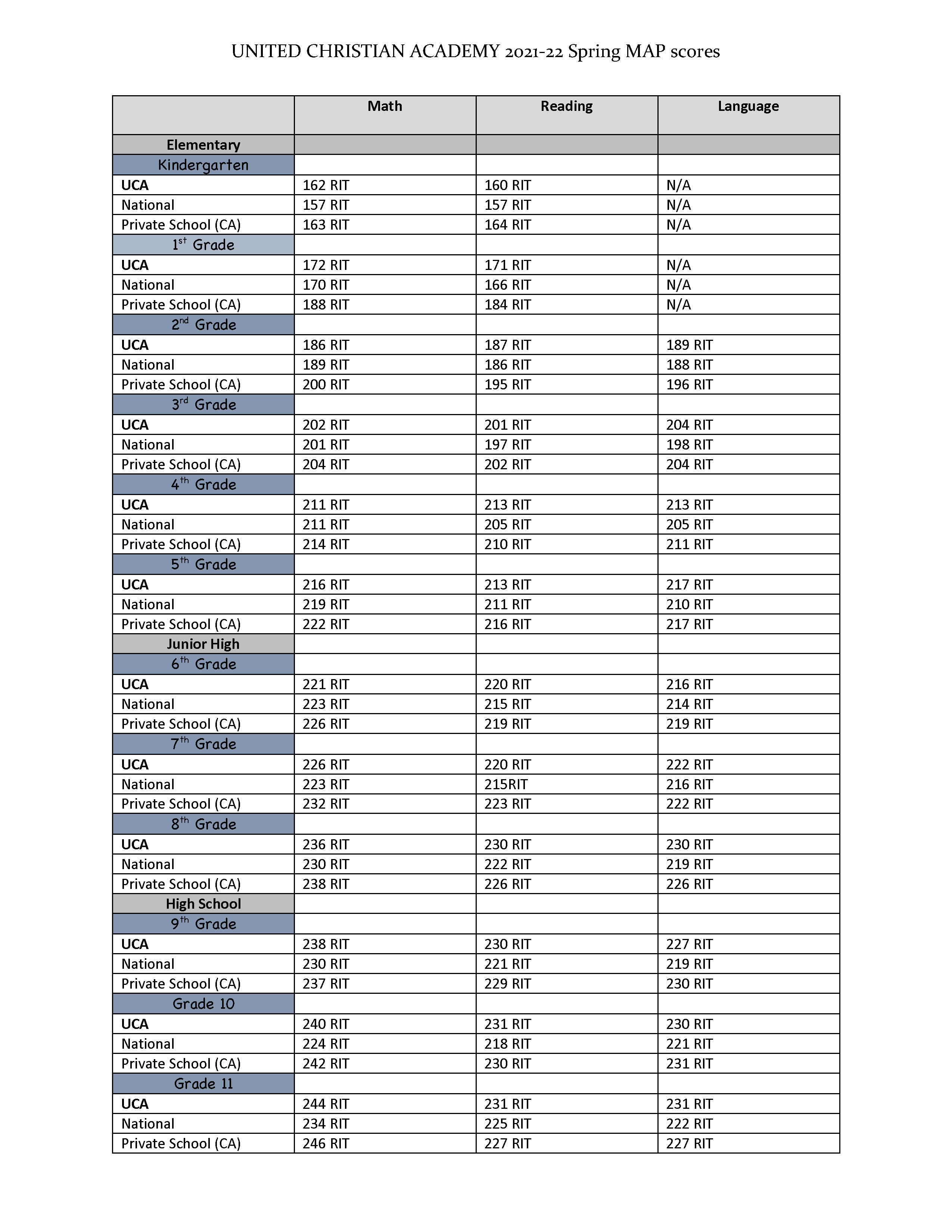